Another Monday means another week kicks off, which means I hope you all enjoyed some sun this weekend and hopefully a little down time.

This weekend I desperately needed some down time, some extra sleep and time to just chill the heck out. I felt like last week was mental and at times it seemed like I was in, dare I say it, Kitchen Hell. I felt like for 12 hours each day my head was spinning and running faster then I could keep up. Between orders not showing up in time, some orders not showing up at all, catering events, staff shortage and scheduling conflicts – I was ready for my Sunday glass of wine (since Sundays are my new Saturdays.)

I also just wanted to cook in my home kitchen, without any stress or worry. So I did just that with the help of some veggies that were ready to be pulling from the garden.

The garden adventures are continuing over here, with much amusement! Every time I pull something from the Garden to eat…..it’s literally like hoping for the best too see what turned out and what I screwed up!

Here’s a lesson on Beets, if you don’t plant them deep enough they will have to be pulled earlier then usual because they will start to actually push themselves out of the soil. As you can see in my picture below, most of them are still pretty small, and that’s because they didn’t have enough time to continue growing under the soil. Lesson learned for next year!

However, they were still 100% ready to eat and utilize, including the stems.

My dad recently purchased a new cook book, Batch by Joel MacCharles and Dana Harrison who are the masters of their craft. I really don’t know much about preserving or canning, and I knew this book would come in handy. In the book they have a chapter on Beets, which was perfect timing because I wanted to do something different with both the beets and their stems.

In this book he made beet hummus which looked beautiful. I’ve seen beet hummus before and I’ve also eaten it, I’ll be honest I’ve never enjoyed it. It was always either too earthy, not smooth enough, and truthfully tasted like raw beet puree. However I wanted to adapt my own version and put a spin on flavours.

At the restaurant we make a killer hummus, however chickpeas and me are not really friends. They always disrupt my digestion and leave me feeling rather heavy.

So for todays recipe I wanted a light option that was legume free, yet still really creamy and paleo friendly. If you do enjoy legumes you can make your traditional chickpea hummus while adding in the beets just has they are prepared below – for some extra colour and nutritional boost.

-Beets can be cooked and left in the fridge for 2 days until you’re ready to peel and eat, so that step can easily be done a few days in advance.
– This would work beautifully with any colour of beets as well (golden, striped, white or even black.)
– I used Joel and Dana’s Pickled Beet Stem Recipe and it turned out amazing, it was a delicious topping for the hummus.

I’m the unconventional Chef you’ll find banging out a workout and training like an athlete before hustling through a hectic kitchen all day. I’m also a Culinary Nutritionist (C.N.P) that allows the Chef in me to create and cook with a healthful purpose. I’m at my best when I can be silly, have fun, and rock a pair of red (or pink) lips. My personal food mantra: I simply choose to live an unrefined life that welcomes balance. 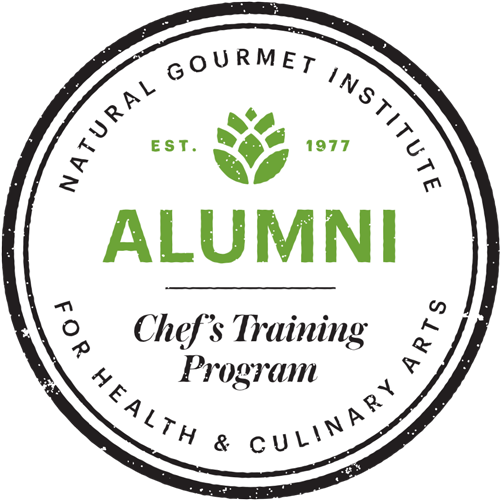 A Memo From The Nutritionist:

The information provided on this website is not intended to cure, treat or diagnose disease or replace medical advice given to you by a medical doctor.
%d bloggers like this: